Nicholls undertook the conversion of this Grade II Listed Water Mill that is believed to have been in existence since at least 1500. The original mill comprised three stories, a sandstone base with two waterwheels, and three or four pairs of stones. Very little is known of the history of the mill until 1851 when Kelly’s records Henry Bottings as proprietor, where he remained until about 1918.

Fire destroyed the upper floors of the mill in 1899, the likely cause being a newly installed petrol engine.

Power by water ceased in 1932. In 1928 a 41hp Blackstone Horizontal Oil Engine was installed and drove the mill via a fast and loose pulley system until phase 3 electricity took over. Commercial grinding ceased in 1968. 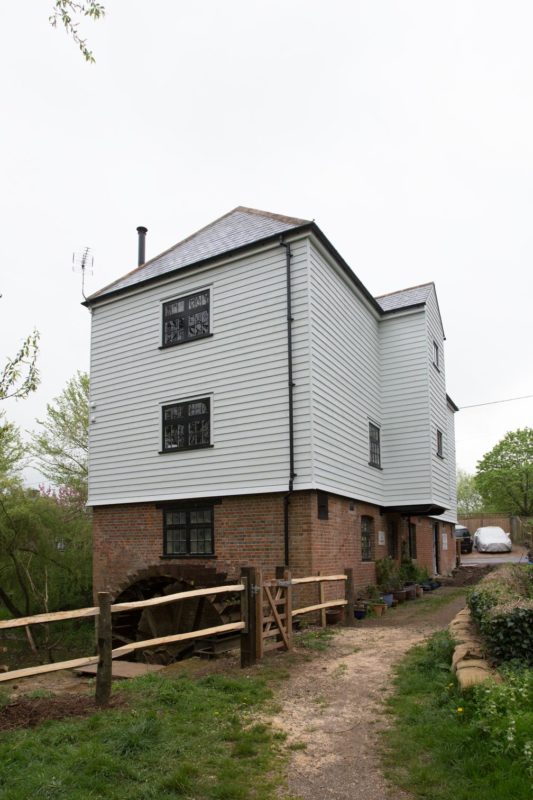 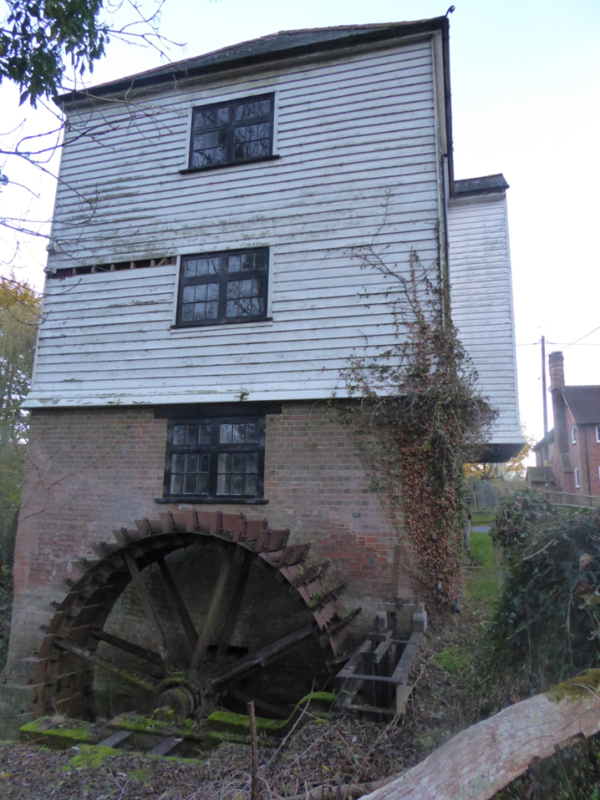 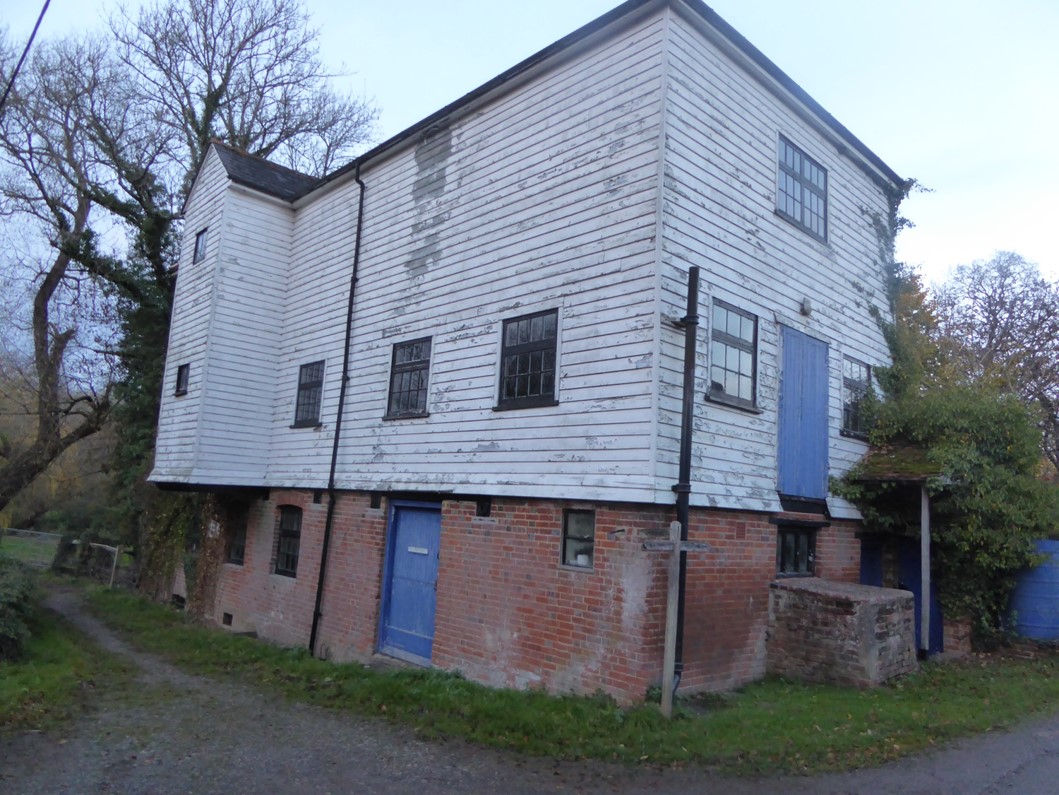 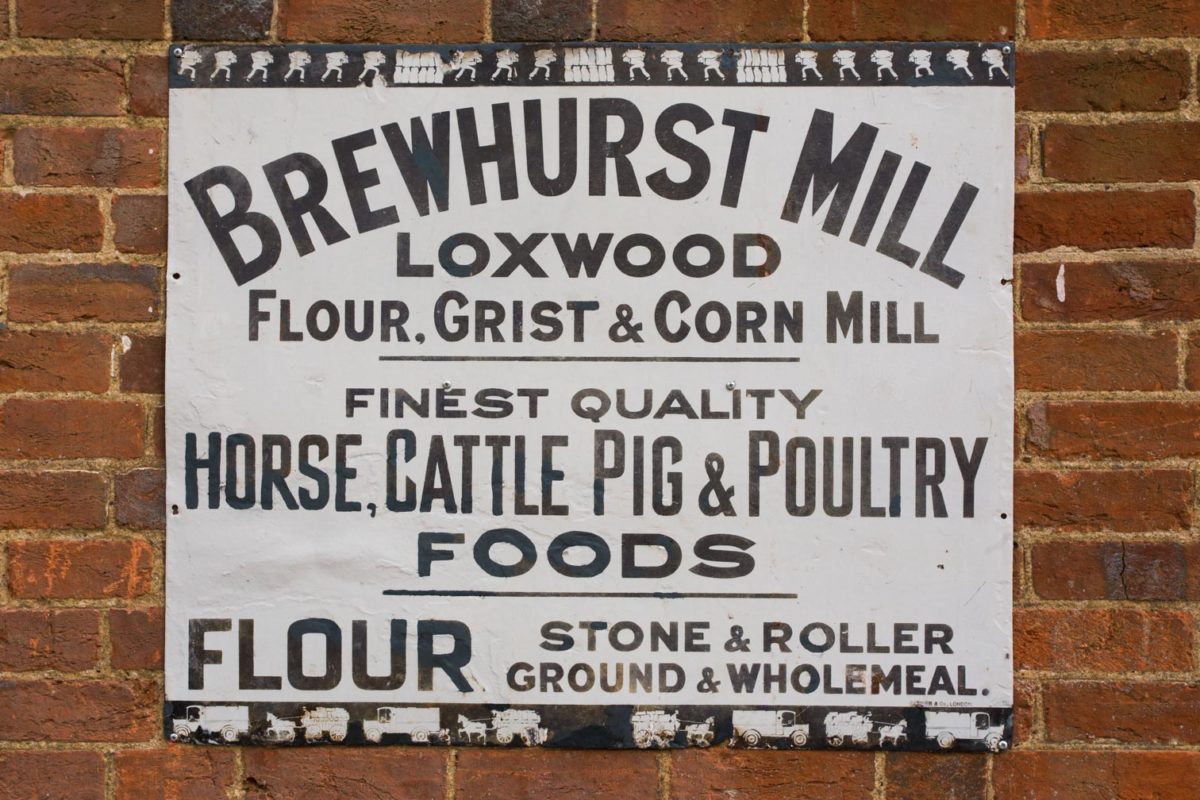 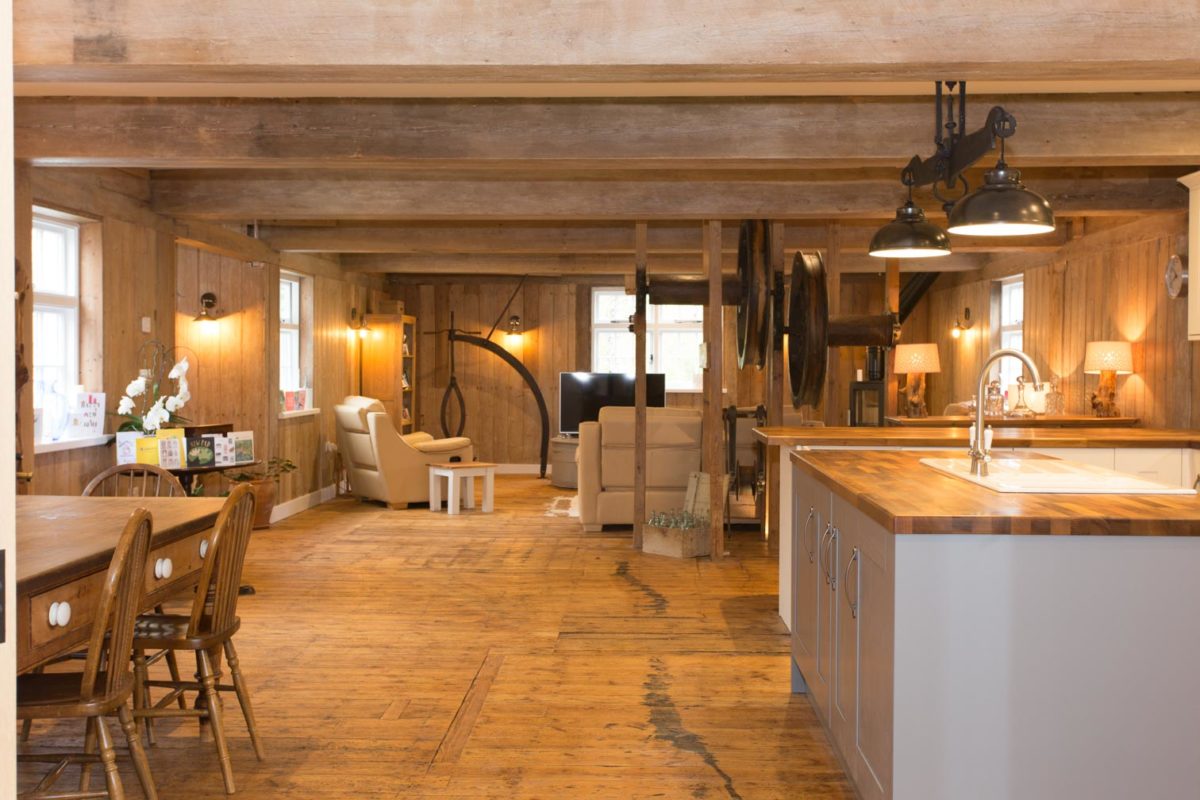 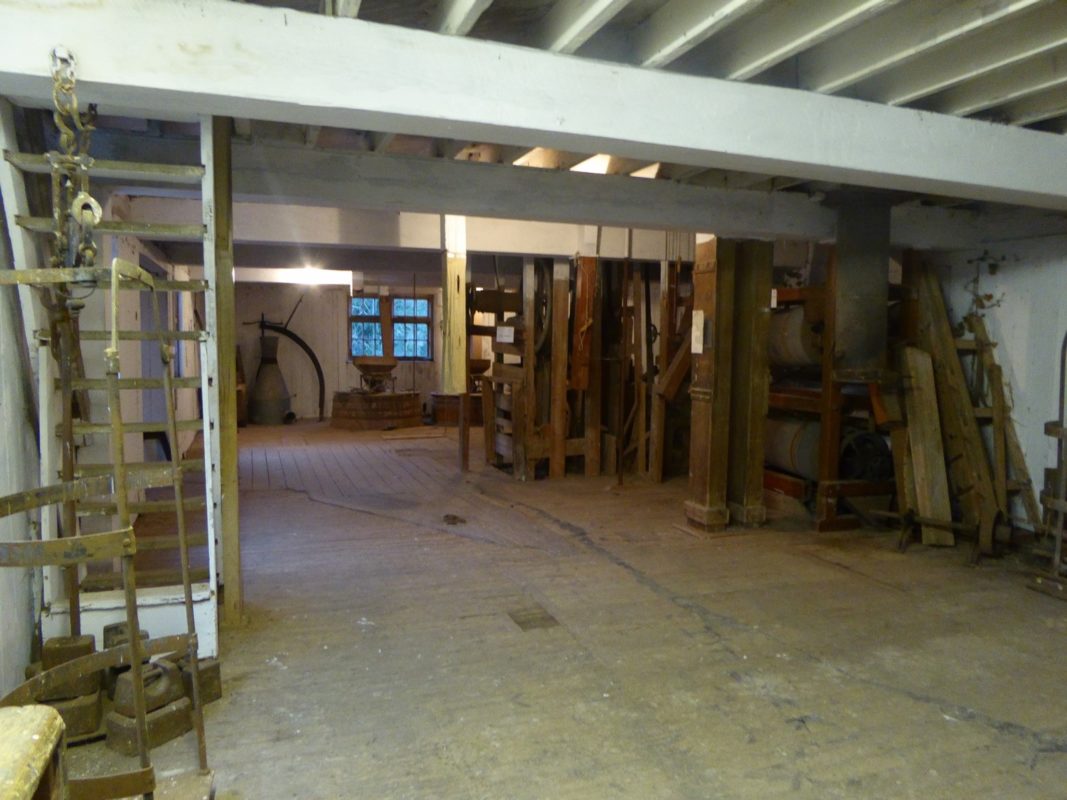 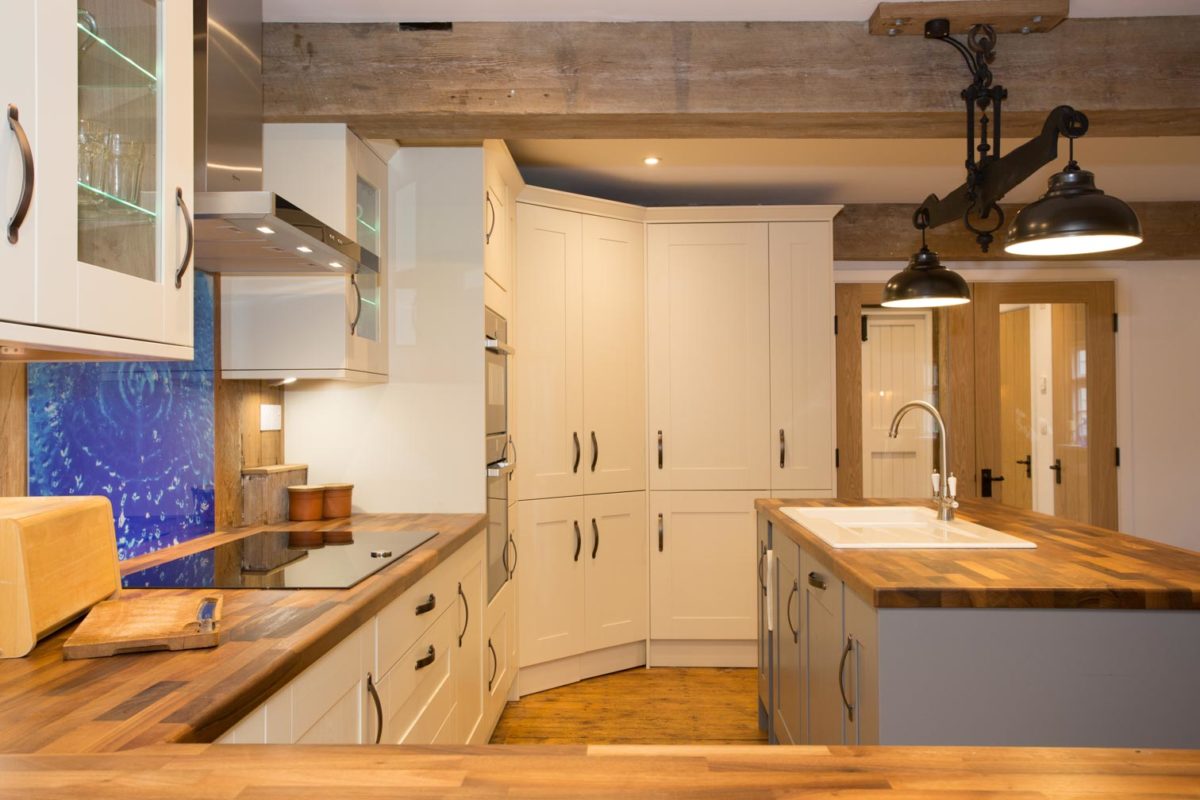 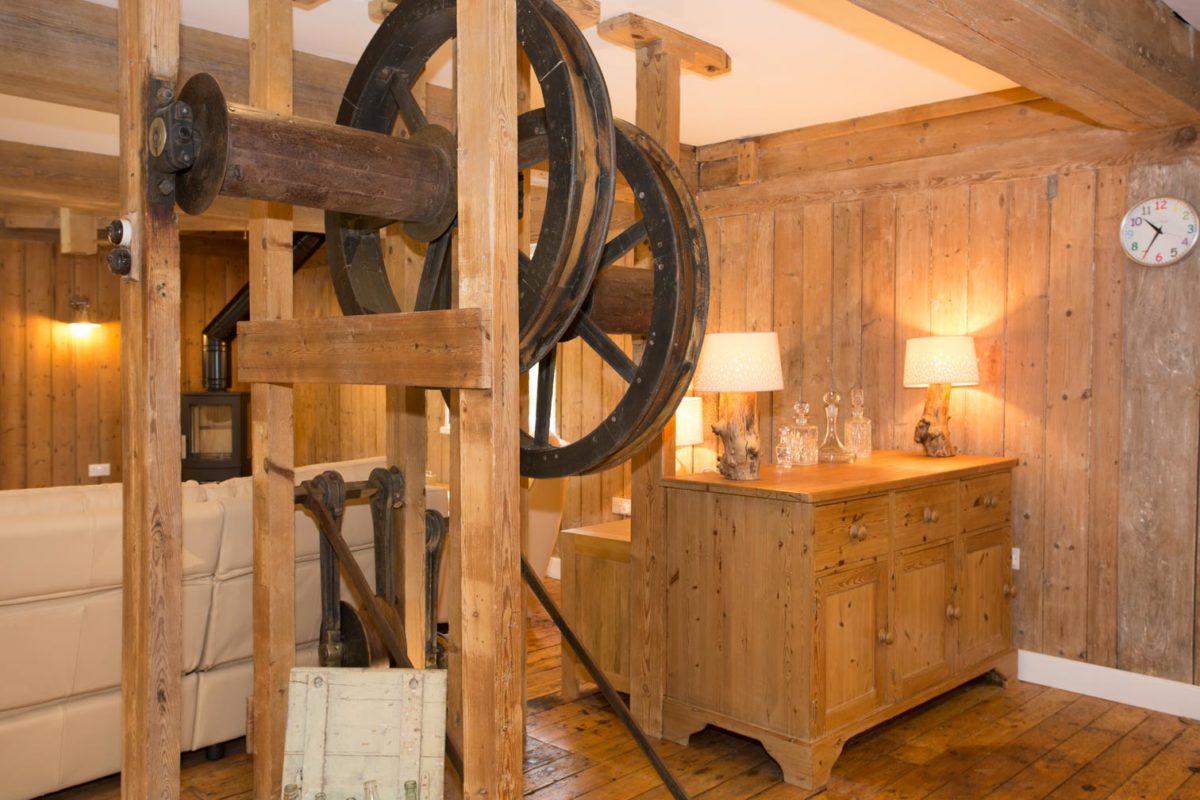 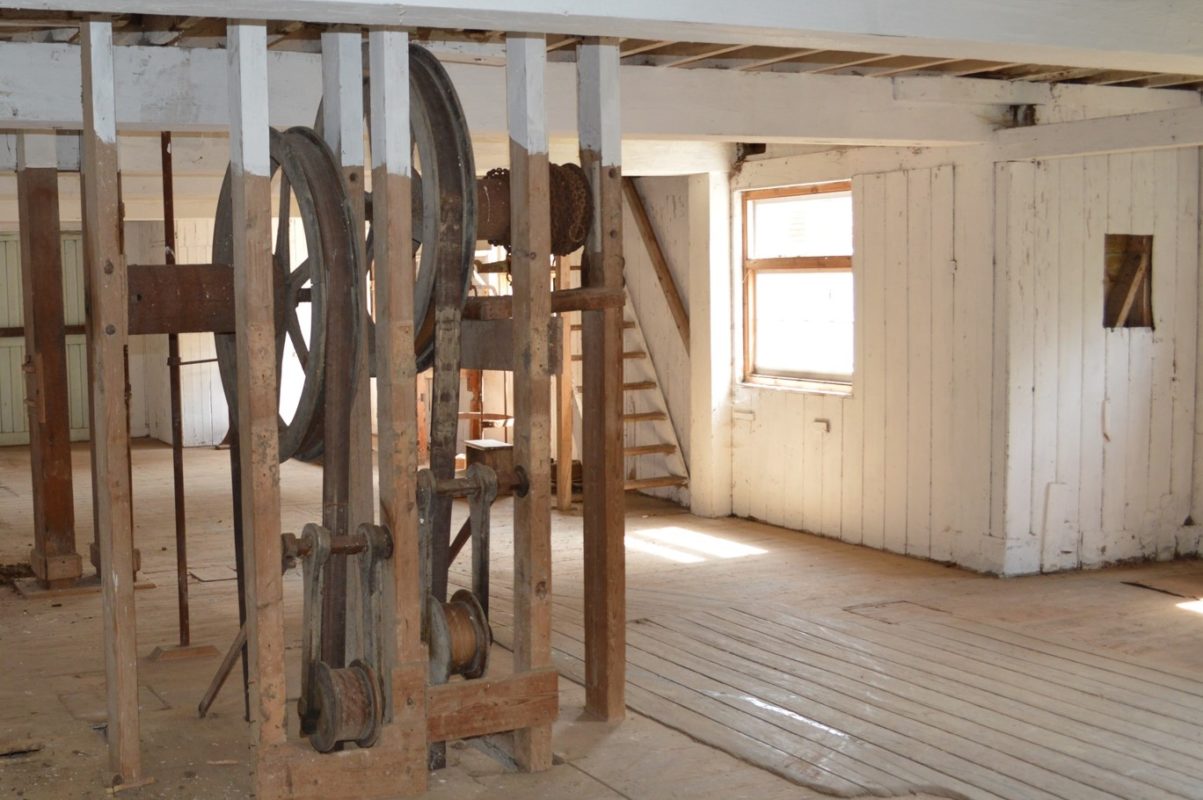 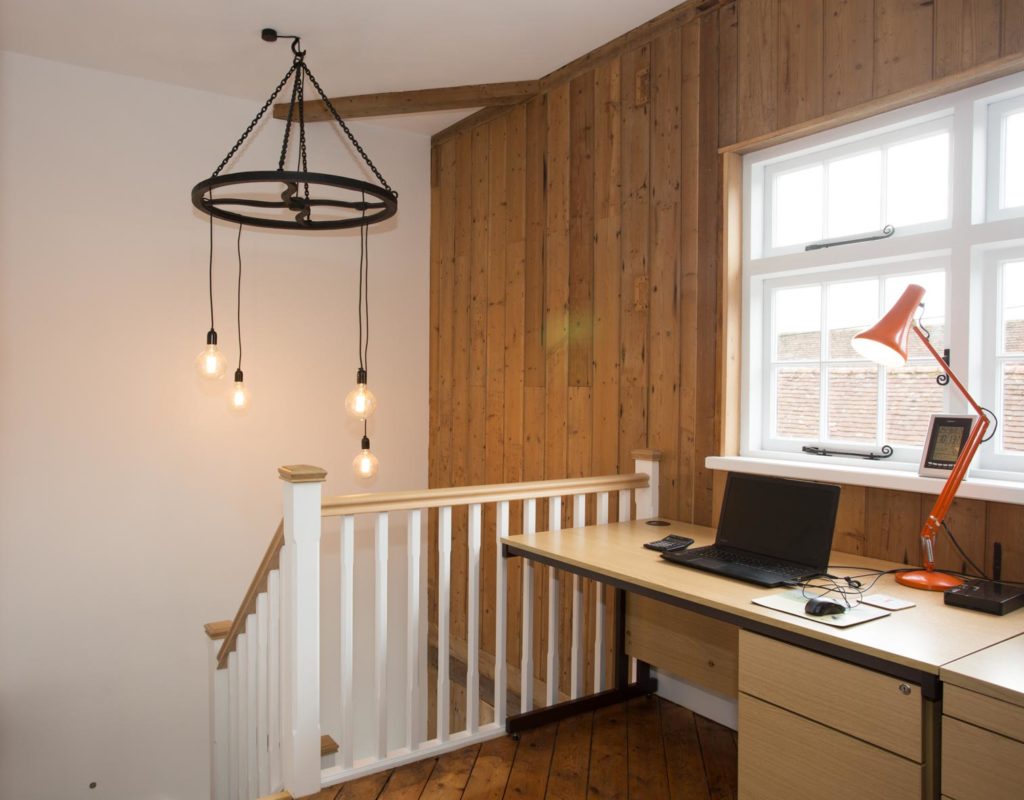 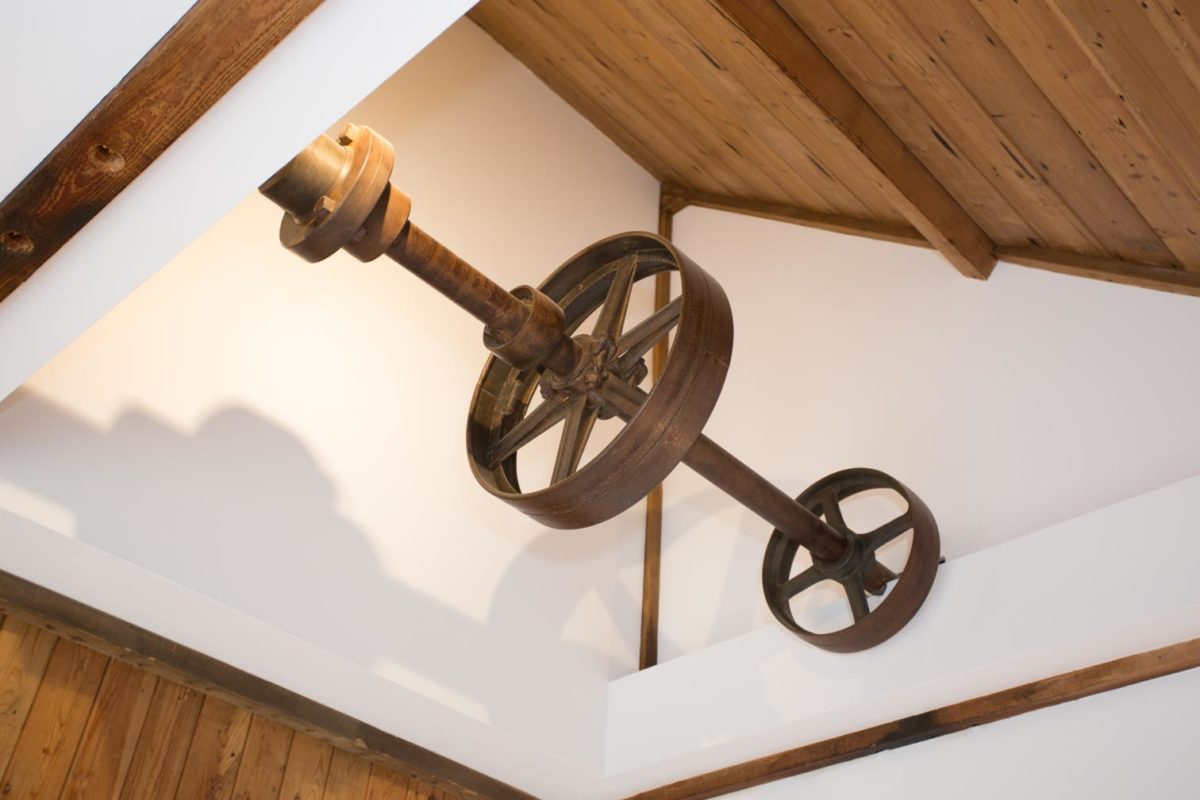 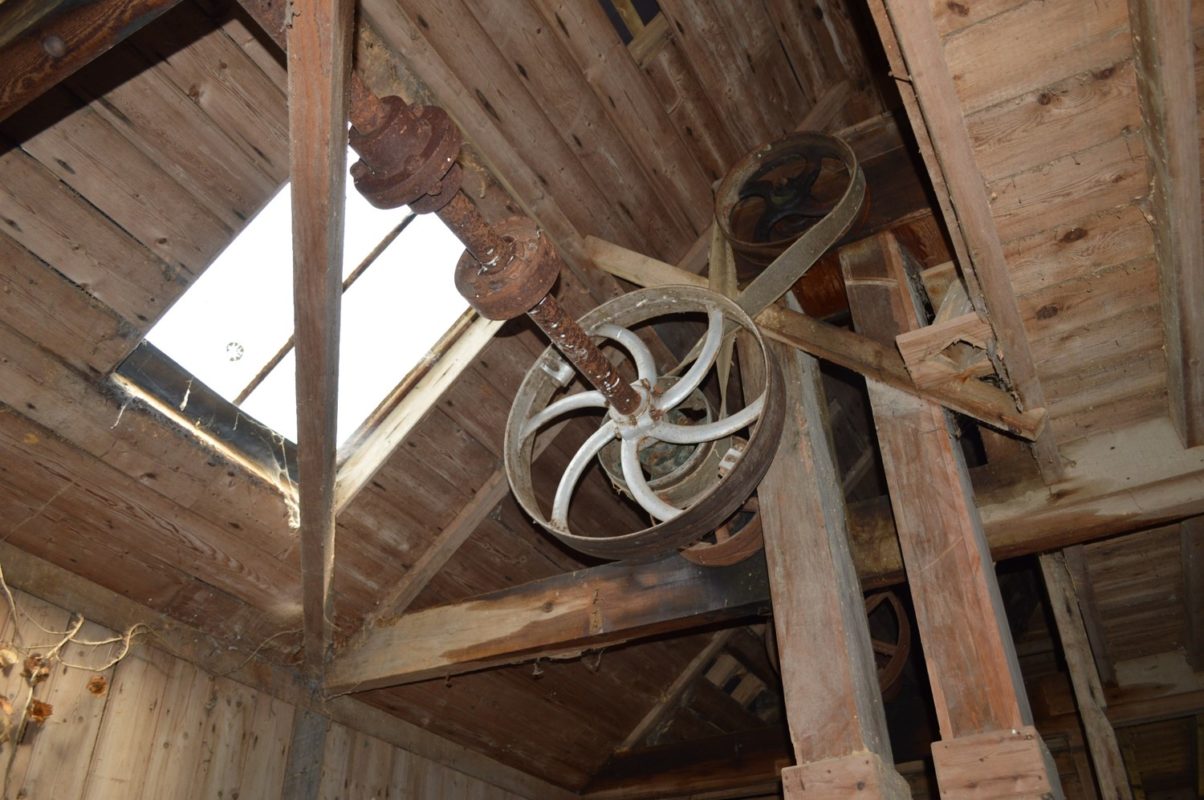 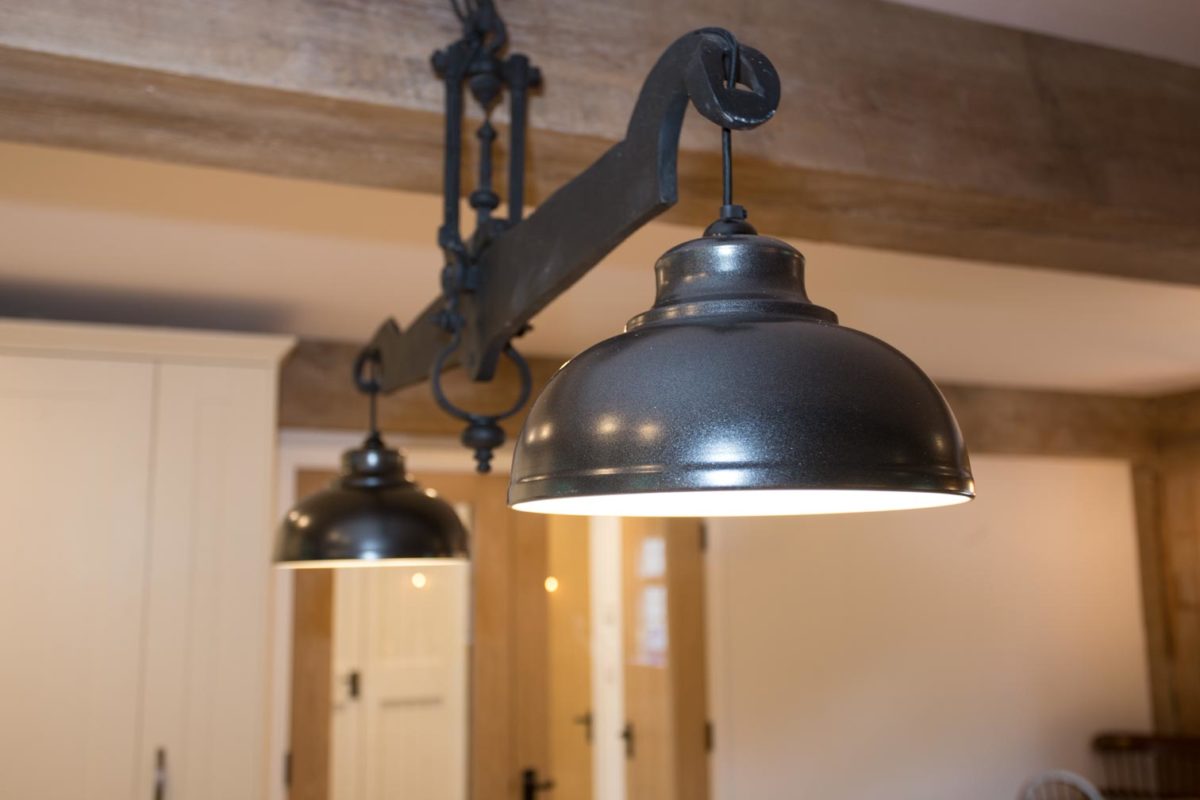 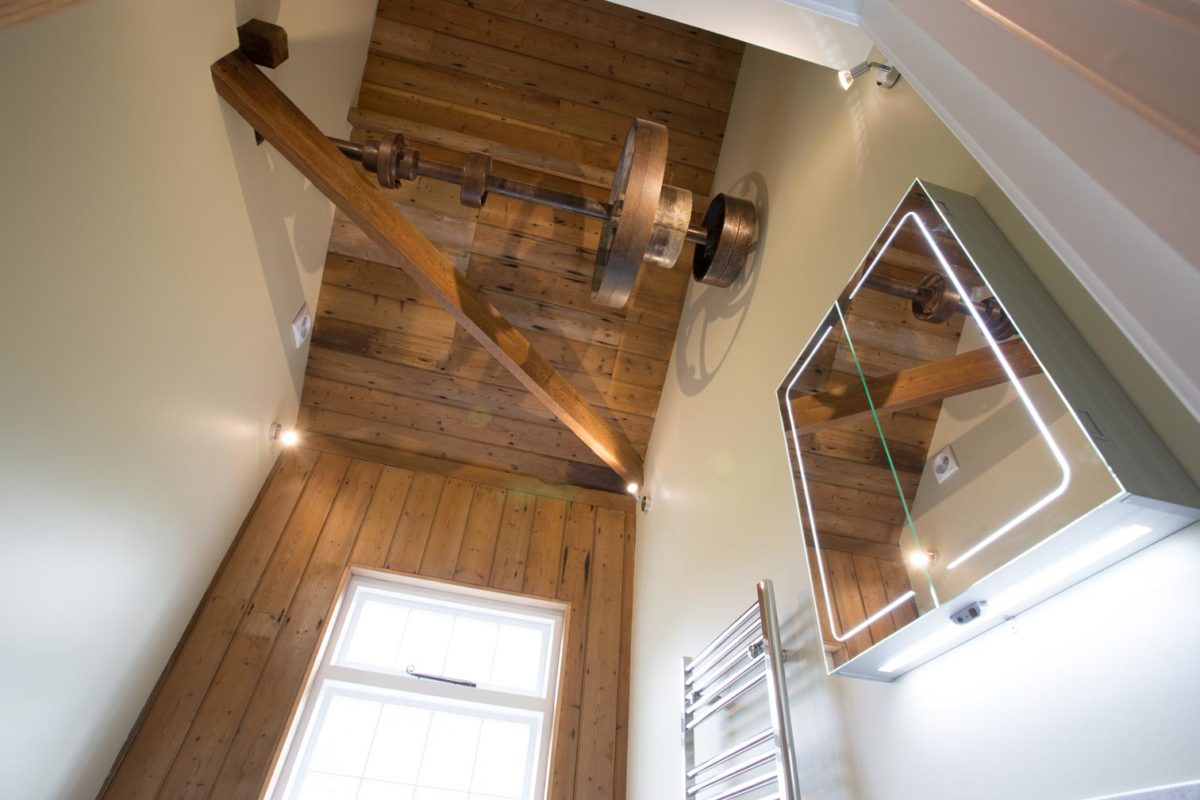 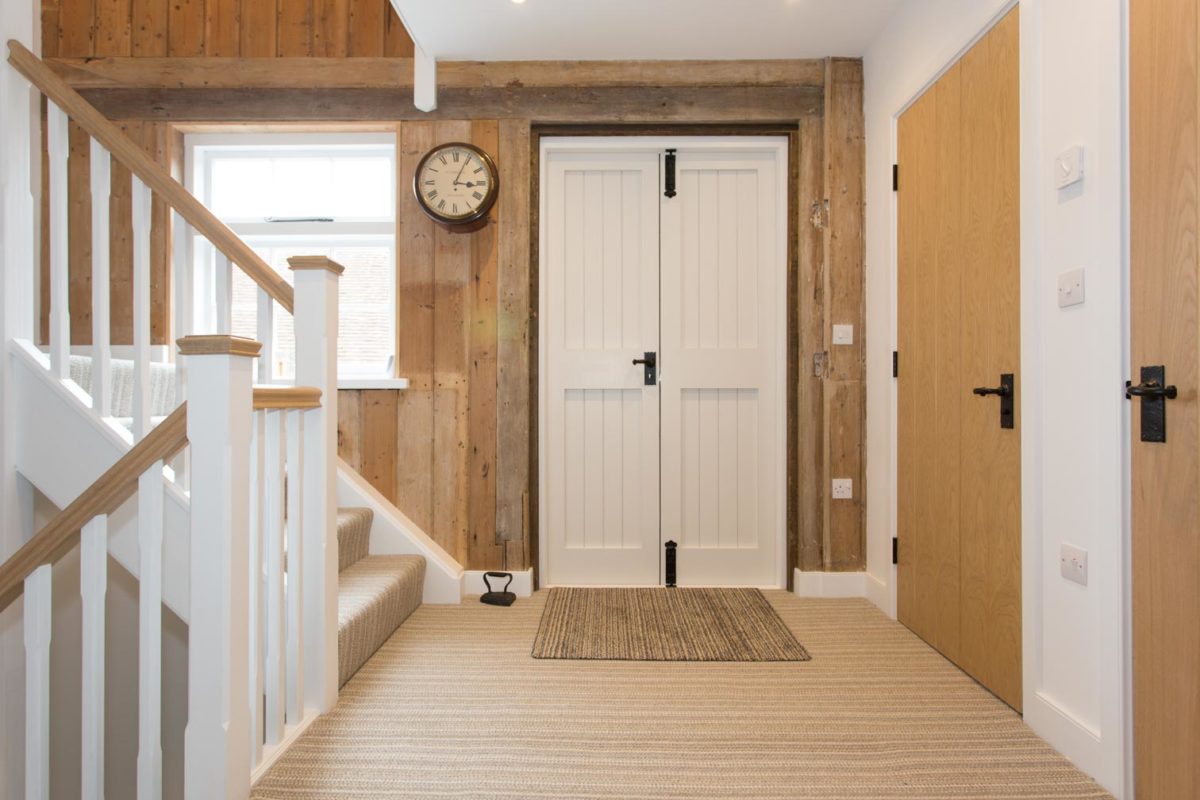 The mill was purchased by the current owners Mr & Mrs Charman in 2011, having known it for many years during its ownership by a local farmer and friend. It was obvious the building was sliding rapidly into a bad state of disrepair, however it would have uneconomic to restore it to anything but a dwelling. Mr & Mrs Charman cared about it and could see its potential and dreamt of converting it into a beautiful house.

The Charmans imagined they would face some daunting hurdles, not least of which was the fact the mill is Grade II listed. They were fortunate to have an excellent architect who had much experience of dealing with the local planning authority. They also worked closely with another friend and land agent who, as a planning consultant, advised and assisted them through the whole planning process. These two people were a vital part of the project process.

From the outset Mr & Mrs Charman were tasked with obtaining many reports from a wide range of experts, on subjects, which they acknowledge, they knew very little; a huge learning curve ensued. The planning permission, including an appeal, took over three and a half years to achieve, plus nearly a year to discharge the 14 conditions associated with that permission. Before the conversion project could be started they had to find new homes for those items of machinery they were not keeping and discovered a whole new world of mill owners and engine enthusiasts across the country. They specifically wanted these items to go to other mills, ideally back into work, which they are pleased they managed to achieve. Before anything was dismantled they gathered enthusiasts and friends together for a run of the engine and a final run of the mill machinery, which was an awesome experience for them as custodians of the mill. The event was recorded on DVD for the enjoyment of future generations.

Nicholls are very proud to have been associated with this project; our experience with listed and sensitive buildings was crucial to achieving the desired result for our clients. The whole project took 14 months to complete with many highs and a few lows along the way. Everyone involved in the conversion project used their inventive and creative skills to great effect. One of the objectives was to retain the industrial feel to the mill and re-utilise items that belonged there.  A control wheel that was found in the engine shed was turned into a chandelier, two fire extinguisher holders turned into wall lights and the yoke of the sack scales into a light over the kitchen sink. All the bedrooms and a bathroom have vaulted ceilings with an illuminated lay shaft running through them and the original Brewhurst Mill sign (found inside covering a hole in the wall) is restored and on the wall beside the original main door. A large and extremely heavy piece of sandstone, found under the old loading block during demolition has been re-positioned as a base for the staircase to the front door.

The finished result is better than our clients could ever have imagined, all made possible by the Architect, Planning Consultant and the Nicholls team.

Now, made sound, updated and given a new purpose, Brewhurst Mill has a long-term future. The extremely complimentary comments made by visitors and passers-by to Mr & Mrs Charman bear full testament to this.

“We are delighted with the end result of our conversion project. The team at Nicholls have been highly professional, courteous and helpful throughout. The standard of work has been excellent and their enthusiasm, experience, support and advice has helped us through the whole process.

We would have no hesitation in recommending the company to others, indeed, we have already done so!”

Back to all case studies